A Reflection on the Breakup with Brittany McLeod
January 18, 2005 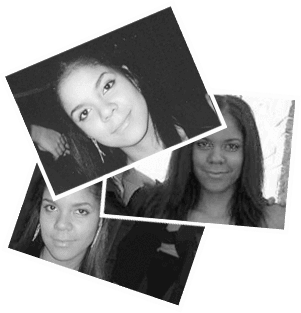 "Love is the most wondrous sense."
"But, Father! It is just pretense..."

And silence reigned, and all was still
As they were climbing up the hill.
The question was banal and clear,
The answers were inducing fear.

And so they walked, immersed in thought,
For what to utter they knew not.
They wished they knew where to start —
The riddle proved to be too hard.

Exhausted were they, ill and sad —
Tough obstacles they must have had.
The wise man and his little boy:
One — big and strong; the other — coy.

They plodded on towards the top
Where the burden they could drop.
They failed, yet, to apprehend
That their journey had no end.

They quiet were, then heaved a sigh...
The birds responded with a cry.
All nature moaned and subsided —
Some bitterness in it abided.

The little boy shook Father's hand
And uttered, "Tell me! I demand!"
The sky was echoing with thunder
Denouncing his father's blunder.

"What must you know?" Father asked,
His gravest fears having masked.
"What should I tell you, dear Son?
What troubles you and makes you run?"

The clouds thickened, raindrops fell —
A storm was brewing by some spell.
"I need to know why you lied!"
The boy could not contain his spite.

"Why did you tell me that untruth?
Was it so hard to say the sooth?
I know not what I've done wrong.
My heartache is acute and strong."

"My Son, I did not lie to you!
What makes you think such I would do?
For what you blame me I know not.
What grief has fallen to your lot?"

The winds grew fiercer as they walked,
The rain was falling as they talked,
The lightning bolts flashed more intensely,
The sky was clouded so densely.

"Do you remember what I wondered?"
His callous voice echoed and thundered.
"About love I spoke with you,
And what it is in this milieu."

"Yes, I remember. I still do.
Do tell me: what's befallen you?
I'd like to help you as I can.
What happened in this little span?"

"Father, you said that love was good...
Or maybe so I understood.
But it has only brought me grief —
My happiness was all too brief.

I know not what I must do,
For all you said has proved untrue!
There is no love and never was —
A fable from the Land of Oz."

"O, Son... What you have said is false!
Who told you that? Those nasty trolls?
What did they do to make believe?
I knew I should have made them leave!"

"No, Father! No! It wasn't they!
This notion they did not convey.
I saw it on my own days,
I learned it in my own ways."

"Son, love is the most wondrous sense!"
"But, Father! It is just pretense!
I tasted love, or what you called it.
Then I was hurt and quickly bolted."

"Son, love can be healing and immense!"
"No, Father! It is just pretense!
Love was destructing and horrendous!
Believe you me: it cannot mend us!"

"Son, love always keeps you in suspense!"
"O, Father! It is just pretense!
Why can't you see that love is not?!
You wouldn't find it if you sought!"

The piercing wind was dying down,
The raindrops sparkled on the ground.
The hilltop one could better see,
But right on top they'd never be.

And so they walked, immersed in thought,
For what to utter they knew not.
They wished they knew where to start —
The riddle proved to be too hard...

Breakups are almost never easy, especially with a girl, with whom one shared one's very first kiss. Although, we might disagree on whether it really was a breakup or not. We disagreed on a great many things. Come to think of it, we rarely agreed on anything, but they say that opposites attract. What they don't say, however, is that the opposites only attract for a short period of time, and then, once they connect, they come apart with even a greater force to a much greater distance than before.

"An Intricate Riddle" is by far my favourite poem, which I wrote in a mere few hours all in one sitting. It is full of imagery and metaphors, which never fail to suck me back in to days bygone like a good book, as each line comes alive as I read it.