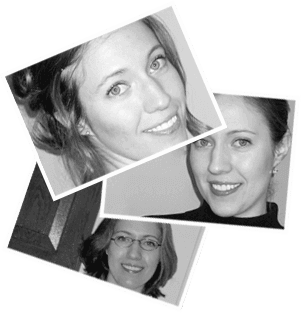 We sow harmony and peace,
But something still remains amiss.
We try our best to save the world,
Exterminate all vice and mould,
But all the same... There is no hope!
There is no shelter from corruption,
No way to hamper the destruction,
Or halt the ethical reduction.

It seems as though all is doomed —
The Lord of Dark has come too soon!
His face one can already see,
Somehow He has broken free.
It's time to run! Flee, people, flee!
Beware of Him, for He draws near,
And soon the world will be in fear
To be enslaved or disappear.

Behold Him now: He is creeping!
The land under His feet is weeping.
He summons monsters from His lair
To come and hover in the air
And scatter horror and despair.
They cast a timeless gloom on Earth
To show off their dreadful force.
Too late… All's ruined… All is lost…

Wait! Hold your horses! Can you hear
The magic tune from that small mere?
It seems to have been left unscathed.
The ruthless demon looks dismayed
With veiled powers He's faced.
His giant swarm is now in doubt
About the forthcoming bout...
Meanwhile, the tune is spreading out.

The new-born music sounds splendid!
All grief and agony it's mended!
Behold the sky aloft the mere —
When has it been so crystal-clear?!
No cloud dares to come near!
The birds are worshiping the peace
By singing with the swaying trees,
And their rapture will not cease.

What causes this harmonious look?
Some kind of omnipresent spook?
O, Lord! Who plays so deftly by the mere
That even nightingales cheer
And cannot help but shed a tear?
Whose spell is keeping us alive
And making everything revive?
Why does the mere always thrive?

The Lord knitted His brow in thought —
The question put Him on the spot!
He lingered to respond awhile,
Then looked into His ancient file
And uttered with a blissful smile:
When Earth was young, in days of old,
A book was made of pure gold —
It has all stories ever told.

It speaks of Rachel the Enchanting,
A fair maiden born of Lightning.
She plays the piano in the mere,
Bewitching everyone who's near
And this breath-taking tune can hear.
She is the music cognoscente;
Many a school she has attended.
Her skills are simply outstanding!

Her music is an inspiration
And always met with adoration.
No sound is as sweet and charming,
As splendid, wonderful and stunning,
As when she plays her magic piano.
The earthly creatures wait for days
Until she comes again and plays,
And then like vapour dissipates.

The enemies cannot endure
Her stately manners and allure.
She paces grandly through the trees,
The morning dew and gentle breeze,
Disseminating love and peace.
Depressing thoughts all disappear
When She is playing in the mere
And vivifying all that's drear.

The Lord of Dark is looking frazzled...
Entrancing Rachel has him dazzled.
Behold His huge intrepid swarm
Which was to battle like a storm —
It's fleeing like a gutless worm!
The foe has not left a trail!
His plans have miserably failed!
The music has again prevailed!