A Reflection on the Proximity of Happiness
December 30, 2012 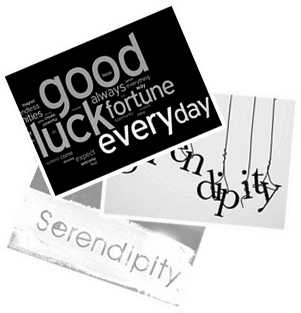 Today the question is the same:
To be a man or lose the game...

To say "hello" to a stranger
Is the epitome of danger.
It is the simplest of all things
And, yet, it often fear brings.
For some, anxiety is rampant
Which leaves their spirits feeling dampened.
For others, yet, it's an ordeal,
The thought of which will make them squeal.

It starts with worried self-reflection,
Which yields to fears of rejection.
It then transforms to heightened breathing,
Accompanied by awkward sneezing.
The final stage is laryngitis...
Which only rhymes with hepatitis.
But, notwithstanding the light verse...
His pulse is fainting! Get a nurse!

He props himself against the door
But quickly tumbles to the floor...
He dreams of sitting in a bar,
Appraising ladies from afar.
His eyes are savouring the sight
Of a brunette who's sipping Sprite.
She's laughing heartily with friends,
While he is watching in suspense.

A moment passes — she walks near;
He asks her if she wants a beer.
She looks at him as if he's mad,
Then briskly utters, "Listen, lad...
Whom do you take me for, I wonder?"
Go hump a tree and knuckle under.
I'm not some cheap retarded broad —
I want to be fine dined and awed."

Okay, keep walking, he won't mind;
Those words were hollow and unkind.
But she's not leaving it just yet...
What does she want, this blunt brunette?
And then it comes to him at last —
She's waiting for her beer glass.
He turns away to lose her glare;
She leaves him swiftly with a swear.

Did he strike out? Or did she?
On this they hardly would agree.
He ponders this for quite a while,
His thoughts attempting to compile.
His vision's blurry, mind's a blank...
Was the brunette some kind of prank?
He then discerns a distant whisper,
First soft and faint, but then much crisper...

"How're you feeling?" she inquired,
As he his senses reacquired.
"You hit your head when you fell down."
She mouthed with a playful frown.
"I thought I'd have to get a nurse.
I was afraid your wound was worse."
He recognized her then at last —
She was a girl from his gym class.

He smiled at her, and she beamed...
To him she otherworldly seemed.

Sometimes we look for happiness in distant places, in places that look glamorous on the surface, in places that attract us with seemingly unique and exquisite features, in places that quickly lose their initial appeal and allure. In so doing, however, we often lose the sight of the people that already love us. This poetical creation is a reflection on the paradoxicality of this phenomenon.